Volume One of Then, There Were Mines examines the History, Science and Technology that shaped the Sierra Almagrera's mining heritage.

Then There Were Mines - Volume 1 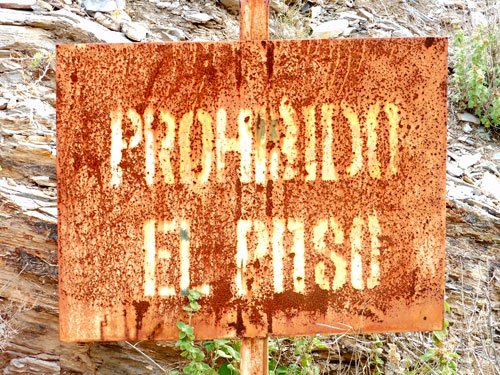 One translation of this is No Thoroughfare and that is how it seemed – No Way Through. Starting from rock bottom to a reasonable understanding of the geology of the area felt like driving a shaft upwards, using a tooth-pick and a party popper.

Argentiferous galena, galena, zinc sulphide, copper sulphide, pyrites, haematite, barite, so many minerals, but what on earth were they used for?

Then there was separating the valuable from the worthless. What was ore dressing? Concentrating was something that I had to do, and roasting, smelting, cupelling and purifying all seemed like hard work. Even harder was understanding the furnaces used. One foundry had seven different types. If it seems like a step-by-step guide, is is because I felt my way painfully slowly along the path.

Another meaning of Prohibido el Paso is Passage Prohibited, that interpretation was reserved for my explorations. Trying to find the way, loosing sight of the track, pushing through the undergrowth, missing the turning and worst of all coming to a dead-end. Well the sign did warn me so I shouldn’t complain! 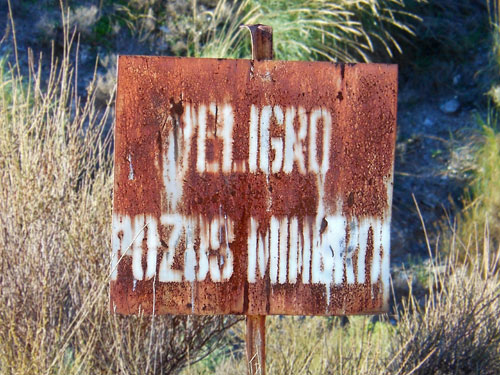 The Peligro Pozos Mineros signs have always had the opposite effect. The mine shafts entice me, with their hidden depths, their blasts of warm air, their variety and complexity. From humble ventilation shafts to those crowned with graceful castilletes, all, chipped, carved or blasted by cheerful, hardy, hard-working shaft sinkers over 100 years ago.