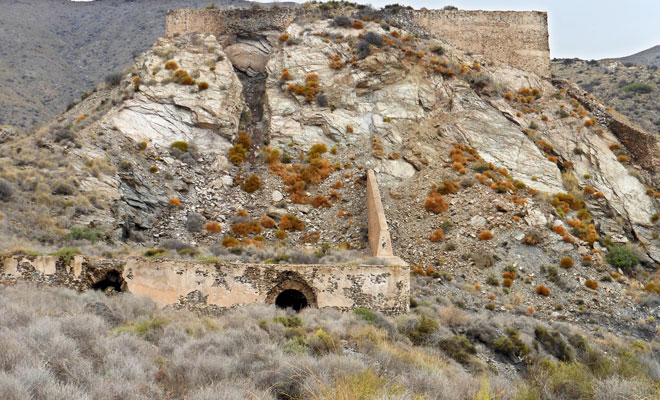 Volume Two of Then, There Were Mines sees iron ore gain supremacy over lead and silver, and the Men from Bilbao introduce mechanisation.

Then There Were Mines - Volume 2

From the inclining plane

Then, There Were Mines, took on a life of its own. Occasionally, when I was writing the original version of this second volume, I discovered missing pieces of the jigsaw as I was actually writing the copy. Committing thoughts to paper seemed to join the dots, and the elusive suddenly became the obvious.

Leaving lead and silver behind, iron ore became the new wealth generator. Its importance in the manufacture of steel was all encompassing. That same steel drove the rise of the new technologies that are covered in this volume. Railways, inclined planes, aero cables, mechanised loading piers, steam giving way to electricity, a micro industrial revolution.

Over a few short years, the area was transformed into a modern industrial landscape and, with one notable exception, the use of the poor old mule to do the donkey work, declined.

To the declining donkey