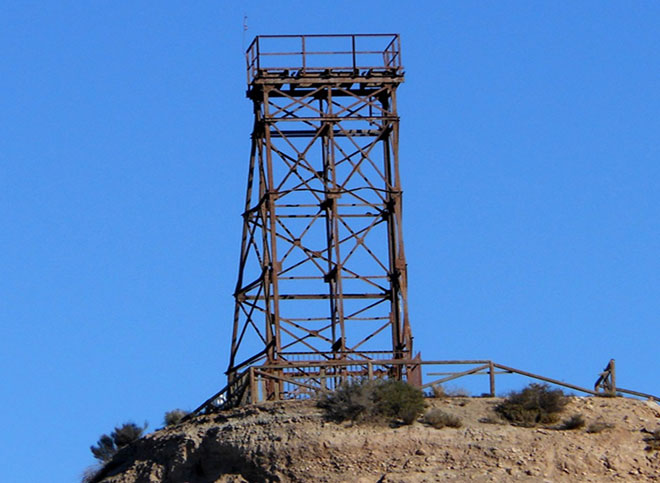 Like the Sierra Almagrera, Las Herrerías also had a silver rush, and it too was stymied by the same lack of cooperation when faced with a common enemy. However, it was iron ore for which it became famous, producing, at one stage, two thirds of the province's output. It had its heroes and its villains.

With Luis Siret as the good guy, La Compañia de Águilas as the bad, and a host of British, German and Spanish extras, it was akin to a spaghetti western at times. When it was all over, the remains were picked clean. Until the turn of the century, the barite, formerly considered to be useless gangue, was extracted and processed, leaving The Big White Hole that is the Corta Santa Matilde.