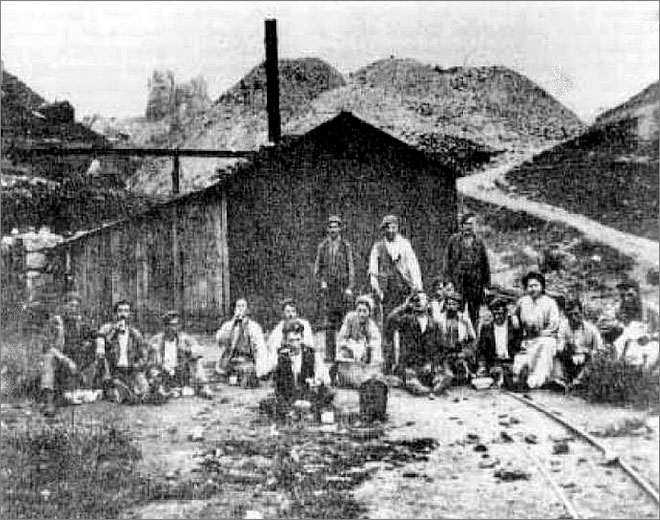 Everything about the terms and conditions of the workers was weighted in favour of the mine owners. The two-month blocks of continuous work that kept the men tied to the job because they only received pay at the end of that time. The docking of pay for their food, the system of credit for basic necessities, and the infamous truck system of payment with tokens or coupons benefited the rich rather than the poor.

The colourful vocabulary used to describe the meals universally provided, was very reminiscent of that used in boys’ schools to describe dinners.