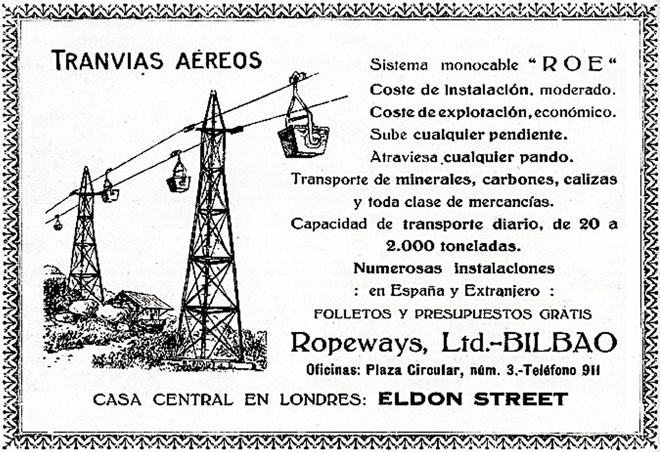 Chapter Three Technology in the Sierra

It was the Basques, in the form of The Men From Bilbao, who brought the Sierra Almagrera kicking and screaming into the 20th Century. These industrious, innovative men transformed the area, bringing mechanisation and new forms of transport. Aero-cables criss-crossed the Sierra, their suspended buckets seeming to glide through the bright blue sky. Hill tops started to look like toast racks, as cuttings were made in them to allow the endless procession of ore tubs towards the sea.

Their Jaroso railway snaked around that valley then passed through the mountain to the other side. Here, an inclined plane took ore plummeting down the mountain side, where it was taken out to the waiting steam ships. Also, in this chapter, we take a look at the Basques most important contribution, bringing electricity to the Sierra. The days of steam power at the pit head were drawing to a close.